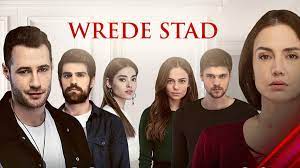 Ceren and Neriman’s return to the mansion brings about mixed feelings and concerns about Nedim’s true intentions.

How will Agah and Seniz respond to the visit they get from the lawyer? What measures will Agah take to protect his family?

Cemre’s on a mission to find out how much Nedim remembers. How far will she get before Nedim catches up to her? Meanwhile, Cenk grows suspicious of her plans.

Nedim begins sneaking around behind people’s backs while Cemre battles with his newfound autonomy. He knows more than they think, but how much does he really know about his past?
Monday 7 February 2022
Episode 71

It’s Karacay vs Karacay and the games have just begun. When Agah, Nedim and Seniz put their best cards down, who will win this first round?

Caught in yet another compromising position, how will Ceren get out of trouble this time?

As Nedim continues to make demands regarding Karacay Holdings, a video of him and Cemre spreads like wildfire. How will the family deal with the tension the video causes?

Cenk and Cemre jet off to their honeymoon but are shocked when they realise they won’t be going alone. Once again, Seher and Agah are pawns in Seniz’s latest scheme.

Cemre makes her last effort to reconnect with Nedim. Neriman is desperate to regain control but with Ceren away on honeymoon and Seniz using Agah against her, will she be able to?
Monday 14 February 2022
Episode 76

Tensions rise between the couples. Was the honeymoon really for the best? What is happening to Ceren and the baby? And what will become of Seniz and Seher’s new ‘friendship’?

Ceren refuses to go to the doctor for her ‘stomach pains’ and continues to suffer because of it. Cenk questions Nedim’s ability to run the company.

Nedim, Cenk and Ceren are completely devastated by the miscarriage but once they realise Seniz is behind it, what kind of justice will be enacted?

In the aftermath of losing her baby, Ceren gets desperate to keep her marriage to Nedim afloat. Will she succeed?

Nedim’s latest demand for the family company causes tensions to rise among the Karacay men. Meanwhile, things get heated between Ceren and Damla on their shopping trip.
Monday 21 February 2022
Episode 81

While Ceren makes plans to stay Mrs. Karacay, Cemre is ready to leave. And when a sudden confession forces Nedim to choose between love and revenge, what will he do?

Nedim moves forward with his plans, scaring Seniz into taking more drastic actions. What will happen after Ceren agrees to work with her?

Agah takes Cenk and Nedim for a night out to finally leave their differences behind them but when it fails, what will it do to the balance of power in the family?

A confrontation between Nedim and Cenk opens old wounds leaving Agah at a loss. Also, what is Seniz up to that she needs Ceren, Neriman and Seher as accomplices?

Agah’s determined to uncover what else Cenk and Seniz are hiding from him. Ceren gives Seniz a taste of her own medicine. Will this finally be the end for Seniz?
Premiere episode of Wrede Stad air on eExtra from Mondays to Fridays at 19h30