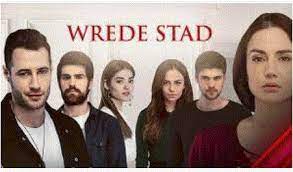 With the New Year approaching, there comes a sense dread for Seniz and Cenk as Nedim makes his intentions clear. Ceren finds herself an unlikely ally.

Dr. Oya and Agah plan to spring a major group therapy session on Nedim, but as it turns out, Cenk cracks and reveals a secret that rocks the whole family.

Secrets are unravelling, and Cenk is fighting for his life in hospital. How will everybody cope? How long will it be until even more is revealed?

While the Karacays wait for Cenk to recover, Ceren creates a media circus by spilling family secrets and Nedim grapples with his guilt regarding Cenk’s incident.
Monday 7 March 2022
Episode 91

Cenk’s released from hospital, Ceren gets a hold of some powerful information and Agah continues to dig deeper in order to find the truth.

It’s judgement day in the Karacay house. Who will be jumping for joy at the results and who will be left heart-broken?

Now that Seniz is gone, Ceren takes up the role as the lady of the house. Seniz’s plans to return to the mansion are put to a halt thanks to Agah.

What happens when a desperate Seniz becomes a dangerous Seniz? And a lovely afternoon coffee date turns into a jail trip for Civan and Damla.

It’s team Seniz vs team Nedim and tensions are rising putting everyone’s relationships to the test. Will Nedim be proven innocent? Or has Seniz won the war?

The forensics report has been released and things aren’t looking good for Nedim. Ceren tries to get her pen back so she can know the truth.

With Nedim about to go to trial, Ceren tries to clear his name despite all the evidence stacked against him.

With Nedim’s future hanging in the balance, Seniz makes a shock decision and Cemre discovers the real reason that Nedim was confined to a wheelchair.

Cemre learns a dark secret. Nedim and Ceren make some serious business plans that will leave Cenk and Nedim in the dark.
Monday 21 March 2022
Episode 101

Once again, tensions are high in the Karacay mansion between Cenk and Nedim. Cemre’s desperate to fix their rocky relationship, but how much longer can she hold on for?

Cemre confronts Seniz about her secret, threatening to tell Nedim and Cenk. Seniz struggles to get herself out of the sticky situation.

Cemre needs to tell Cenk the truth, but Seniz has other plans for her. Agah takes the opportunity to step down from the company but makes a shocking announcement.

With Cemre being held captive for ransom, who will care that she’s missing, who will try to find her, and who will pay the price to save her?

It’s a race against time for Cemre putting everyone on edge. Which Karacay brother will get to her in time?
Monday 28 March 2022
Episode 106

The search for Cemre continues as she battles for her life. Civan makes a reckless move and Cenk comes face-to-face with his true feelings.

As Cemre and Cenk fight for their life, Nedim steps in and saves the day. Meanwhile, Agah is on a search to find out who is behind all of this.

It’s a game of cat and mouse in the Karacay house, but only one member holds all the cards. Also is this the end of Damla and Civan?

Cenk makes a last ditch effort and proposes to Cemre in front of Nedim, but Nedim has his own revenge lined up for Cenk. Oya and Basak start getting to know each other but it’s soon clear that Basak is more than a handful.
Premiere episode of Wrede Stad air on eExtra from Mondays to Fridays at 19h30