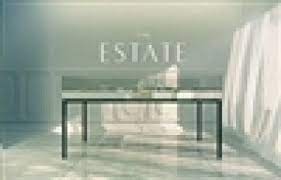 Thembalethu is a powder keg in the aftermath of the shooting. Minister Nozulu fights back and Nkedama makes his move on Tsholo.

Lwandle is forced to take matters into her own hands after a business meeting turns sour. Tensions in Thembalethu flare up and Ntate Phasha suffers a blow in more ways than one.

Mohau causes havoc when he goes in search of his brother. Vukani discovers the real truth about his family’s abrupt move to Jo’burg. Tsholo finds love in the least expected place.

Mohau learns who the culprit behind the theft of the Sakhizwe van is. Jo does some digging around Minister Nozulu’s car accident. Castro receives a surprising offer.

Castro’s good luck is short – lived as a new threat emerges. Lesiba puts his money where his mouth is and Sindi makes a big purchase.

Dumisani has a new plan on how to fight the sequestration order. Lwandle gets word of Sindi’s big purchase and Operation Hambani crashes Lesiba’s fundraiser.

Castro delivers words of peace as violence burns through Thembalethu. GK gets a surprise visitor, causing tension between her and Melisizwe.

An horrific act sends shockwaves that echo among the rich and the poor alike. Vukani’s attempt at self-defence with Hloni ends disastrously.

Castro is forced into a corner by Lesiba and Mohau. Jo receives bad news from the police commissioner and Dumisani makes a big career decision.

Castro does crisis management with the uninvited guests at his house. Lwandle and Lesiba find themselves in a compromising situation.

Lwandle and Lesiba find themselves in an awkward situation. Mohau gets a High Office invitation. Nkedama and Tsholo struggle to take their relationship to the next level.

Tsholo and Nkedama clash over Mohau. Castro makes Mohau an offer he finds difficult to resist. Vukani gets into more trouble.

Lesiba goes head-to-head with the Nobengelas. Lwandle interferes with Sindi’s plan. Nkedama and Castro must woo Mohau to get what they want.

Noxolo suggests a family therapy session to help Vukani. The truck delivery for the solar panel factory is looted. Lwandle tries to convince Dumisani to run as the new councillor for Thembalethu.

Violence in Thembalethu threatens the future of the solar plant. Sindi questions her decision and Lesiba and Lwandle make some interesting choices of their own.

Jo is unhappy when Martin’s newly-found online fame spills over to their personal space. Castro is backed into a corner when the comrades give him an ultimatum. Dumisani is considered a sell-out by the people after coming into a windfall.

Karabelo has a proposition for Dumisani. Lwandle wants to run for councillor. Sindi catches her mother in a compromising position.

Sindi clashes with Lwandle and seeks advice from Castro. Melisizwe is weary of Lwandle’s new plight.

Premiere episodes of The Estate air on S3 from Mondays to Fridays at 19h00.