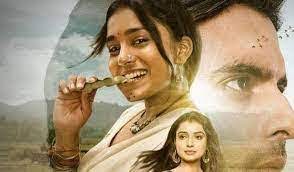 Tuesday 23 August 2022
Episode 1Imlie, a smart young girl, aims to give her mother a good life. Elsewhere, Aditya, a reporter, gets a lead in a story that he has been tracking.Episode 2

Malini apologises to Aditya after her mother humiliates him. Later, Imlie is filled with joy when she gets a prestigious award from her school.

Imlie and Aditya run into each other when the latter’s bike rams into the vehicle she is travelling in. At home, Malini’s mother speaks ill of Aditya.

Malini is esctatic to receive Aditya’s call and reminds him of their parents’ meeting. In Pagdandia, Satyakaam finds a dejected Imlie and consoles her.

Imlie enjoys herself at the village fair and takes a stand against Aditya’s views. While Malini’s mother expresses her disapproval, Aditya follows Satyakaam.

Imlie helps Satyakaam and his men kidnap Aditya while Malini is distraught over her mother’s decision. Later, Satyakaam holds Aditya at gunpoint!

Aditya manages to gain Satyakaam’s trust and interviews him to learn about his fight. Later, Malini feels a rift forming between Aditya and herself.

Aditya tells Imlie that they will go their separate ways on reaching Delhi while she makes a promise to him. Later, Amma sends a spy to follow Aditya and Imlie.

Aditya brings Imlie to an N.G.O but soon realises that it won’t be safe for her. Later, Imlie meets Aditya’s family and is welcomed into their home.

Aditya tries to tell Malini the truth but fails when he sees her joyous mood. Later, Aditya’s mother stands by Imlie when he loses his cool with her.

Imlie garners praise from Aditya’s mother for cleverly fixing his phone. Later, Malini has an argument with Anu while Aditya has a close call.

Malini visits Aditya and meets Imlie, but she gets confused as to why Aditya didn’t tell her about bringing her with him. Later, Imlie comes face to face with her father.

While Malini’s father praises Imlie, Anu suspects that she stole the jewelry. Later, the family are shocked to find Imlie lying unconscious.

Premiere episodes of Imlie air on Star Life Mondays to Fridays at 22h00.