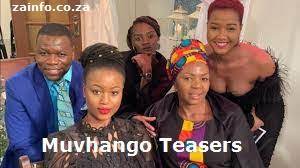 Mpho wants Tenda to back off and leave Rosemary alone. Azwindini decides to help Susan. Vho-Makhadzi thanks Vhangani for being her designated driver.

Mpho tells Tenda to back off, or he goes to jail. Azwindini is forced to condemn Susan. Vho-Makhadzi loses money in a bet.

The cops arrive at Tendamudzimu’s house after getting a phone call about suspicious activity. Vho-Makhadzi receives a hefty sum of money for her charity work. Susan wants answers from Neshehe about the footage as he goes to great lengths to avoid her.

Susan figures out a way to get the CCTV footage off the cloud backup. Tendamudzimu convinces Mpho to let Gugu go. Vhangani tries to stop Vho-Makhadzi from gambling again.

Ndiwavho walks in on the hostage situation. Azwindini gears up to take the fight to Joburg and unwittingly enlists unlikely sidekicks. Vho-Makhadzi has lost the money given to her by the small businesswomen.

Mpho pleads with her ancestors to help her with Gugu, and she goes into a trance and grabs a knife. Rendani is surprised knowing Gugu is missing. James agrees to joins forces with Azwindini to bring Tenda down. Vho-Makhadzi dodges people looking for her.

Mpho blames Tenda for Gugu’s disappearance. Oxford learns that Tenda will throw him under the bus. Vho-Masindi learns of Makhadzi’s fafi-playing habits.

Azwindini and James frame Oxford. Mpho and Rosemary are on the run. Masindi borrow Makhadzi cash.

Tenda goes after a mole. Gugu has trouble adjusting. Vho-Masindi and Vho-Makhadzi reminisce over the good old days.

Azwindini puts Susan and Rendani’s lives in danger. Mulimisi gets more than he bargained for. Zama fears her secret might be exposed.

Azwindini and company are hot on the heels of Mpho and Rosemary. Shaz has noticed a new attitude in Elelwani that is directed towards her. Tendamudzimu meets Azwindini at Dukathole and smells a conspiracy against him.

Everyone is panicked when Kgosi sees three men in the car watching the house. Vho-Masindi continues to struggle with pain and bad dreams despite Mulimisi’s muthi. Shaz is taken aback when she tries to thank Elelwani for doing a good job and she retorts with an off-hand comment.

Susan and Rendani head to Thathe followed by Tendamudzimu. Elelwani and Shaz are a cat and mouse, and their antics are getting out of hand.

Officers arrive from Joburg to transport Tendamudzimu. Ndiwavho asks Didi to leave her house. Shaz is summoned to the royal house over the Elelwani matter.

Mulimisi has a ritual to free Rosemary from the message. Shaz wants to call Mulalo about buying Waterside.

Will Azwindini succeed to keep Vho-Masindi from getting to Mulimisi’s hut? Susan learns that the murder charges against her still stand. Shaz tries to rope Vho-Makhadzi into her plan.

Tenda manipulates Didi to do his bidding. Vho-Masindi has a task for Rosemary. Shaz is summoned to the royal house.

Muvhango airs on SABC2 from Mondays to Fridays at 21h00.