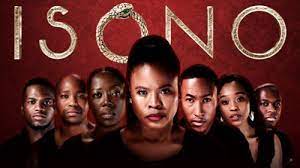 Mary and Esther bond whilst Gabriel chooses his partner. Makwande has an embarrassing situation at work and Mncedisi begs Mary for help. Meanwhile Noluthando refuses to fall for Simon’s tricks.

Just as Gabriel tries to put everything relating to Mary behind him, something else pops up leading him back to her. Mncedisi’s house of cards starts to fall apart. Is there a new couple in the horizon?

Mama will keep you

Mary is concerned about losing Gabriel and uses all her powers of manipulation to try and keep him in her world, but he wants to start afresh with Ayo.

Mncedisi gets drunk and reveals that he’s been having an affair with Mary. While Simon enlists the VOG kids to help him with his latest grand gesture to win Noluthando back.

Pastor Abiola finally gets the courage to stand up to his brother, but trouble looms when Mary hands him footage that could break his entire family’s hearts..

Makwande’s life implodes when Zoleka and Esther come face to face. Still unable to choose, both women make the choice for him. Sanele is off to a great start tutoring the kids at HOG.

Mary betrays Gabriel and Pastor Abiola is left stunned by unexpected news. The heat is on for Mncedisi: there’s proof he stole from the fund, and he learns that the enemy is closer than ever.

Too dark for dawn

Gabriel’s dreams are shattered when his darkest secret is exposed.

What’s in the dark, shall come to light

Mary and Abednego are victorious in purchasing her new property. Ayo catches Abednego and Gabriel red handed while Esther discovers the truth about her mother.

Ayo is ready to leave everything behind her. Esther struggles to come to terms with a double betrayal. Sanele and Millicent end their relationship.

Gabriel seeks comfort in the wrong place as Mary and Jumima’s relationship fractures. Esther hits a bump in her comeback tour. Noluthando receives the offer of a lifetime. The blackmailer delivers a devastating blow.

The blackmailer’s identity is finally revealed just in time for her to kill someone connected to Mary. Mary tries to make amends with Esther, Gabriel seeks absolution from Pastor Abiola, and AB decides to strike out on his own. Meanwhile, Simon grows more jealous of Sanele.

Mary fights her emotions while Makwande makes a clean break. Millicent tries to cheer everyone up but upsets Mam Lili in the process.

The beginning of the end

Gabriel makes a life changing decision. Meanwhile, the murderer is settling themselves firmly in Vosloo, with more to come. House of Grace is a house of mourning.

Mary is mourning and is obviously not herself. Mam’ Lili worries about her and tells Gabriel to step up for his mother. Abednego isn’t ready to be with Gabriel. Siviwe and Makwande butt heads over Zoleka while Millicent tries to warn her mother about Mma Ramotswe.

Gabriel makes some progress into tracking down the blackmailer. Makwande throws in the towel with his father but someone is willing to help him fix things. Mma Ramotswe continues her search for Yanga’s riches.

Mary remains depressed and her day only worsens. Gabriel coerces a chatty prudence to talk but it’s more than what he bargained for. Makwande and his father finally have a heart to heart, whilst Ether tries to make amends with Zoleka.

Zoleka feels really threatened by the history between Esther and Makwande. Mary is wounded, but old and new enemies keep closing in.

Gabriel avoids his mother and grows closer to Sarah whilst Abednego makes a power move. Esther is forced into a tricky situation and Simon devises a plan to get rid of the enemy.

Mary, who is falling apart, works hard to draw Mam Lilli and Gabriel back to her – but has less luck with Esther. Simon, however, plays Mummy’s boy, ensnaring the greedy Mma Ramotswe. Esther finds herself unable to tell Lesedi she used her song without asking.

Mary has decided to go Gabriel’s way and turn her back on crime; but can she really do that?

Simon puts a crazed plan into action to try and win Esther back for Mary. Meanwhile, Esther tries to reunite Zakwe and Lesedi. And the rest of the HOG kids get into a throwdown at the carwash. An event that Fentse seems to have predicted.

Look into the mirror

May buys into Simon’s plan to introduce Ester to her dad. Esther feels guilty about stealing Lesedi’s song. She goes on a bender with Maradona which quickly goes wrong.

Meanwhile, at The HOG, Brigadier Mabongo gives The HOG kids a stern talking to. And Phindile has questions for Fentse about her strange premonition.

Premiere episodes of Isono air on e.tv from Mondays to Fridays at 20h25.